Classic finance from £95.12 per month

Up to 48 months credit available on this product! Classic finance from £95.12 per month

This product is no longer available

The image above shows the bike in Norlando Grey frame colour

The Orange Surge is the next phase in the evolution of our E.P.O. program. At Orange Bikes it's all about the ride, and we've made substantial improvements to our e-bike chassis which deliver the most engaging trail feel, The 170mm travel Surge will take on the biggest terrain, and is not shy when is comes to sending those gaps. Excelling where the uplift doesn't go. Some of the best trails lie beyond where your lift pass takes you – enter the Surge. Big adventures and an e-bike with big ideas, way above the lift station. Fast and sure footed, the stability in the Surge's geometry will give you confidence on any trail.

Something that was painstakingly pored over was the suspension characteristic of the new Alpine 6, with everything we gained from that bike we wanted it to translate across into the Surge. Revisions have been made to the shock mounts to accommodate the new metric rear shock (230x65) and the increase in travel from 160 to 165mm, we have also focused on increasing the amount of progression in the system which has seen a substantial increase, reduced the bike's anti-squat value and decreased the amount of pedal kickback in the system.

The Surge’s revised construction and shape is one of the biggest leaps forward over its predecessor, revisions to the front triangle in both construction and tubing profile have helped improve the bike's stiffness while still remaining compliant enough that the bike isn’t harsh, the new down tube is substantially slimmer and has a much more organic profile that the one that went before it.

While the rear swingarm has taken cues from our 327 DH bike in its profile, this has been done to help deal with the large amounts of torque being produced by the motor, the additional overall weight of the bike and the fact that this bike acts like your own personal uplift vehicle where descents are the order of the day.

The final piece of the puzzle was to have a battery that was easily removable. Hearing of riders doing “double battery rides” is very much a reality and we wanted a system that allowed this to happen as easily as possible. The battery is now removable with the use of just a key, so there are no more bolts to undo and it should take a matter of seconds to swap. Second batteries will be available from Orange and will come with the protective cover as standard.

The new Orange Surge is a revelation and we urge you to try one. E-bikes can be a devisive topic, but once you are bitten by the bug they are hard to resist. 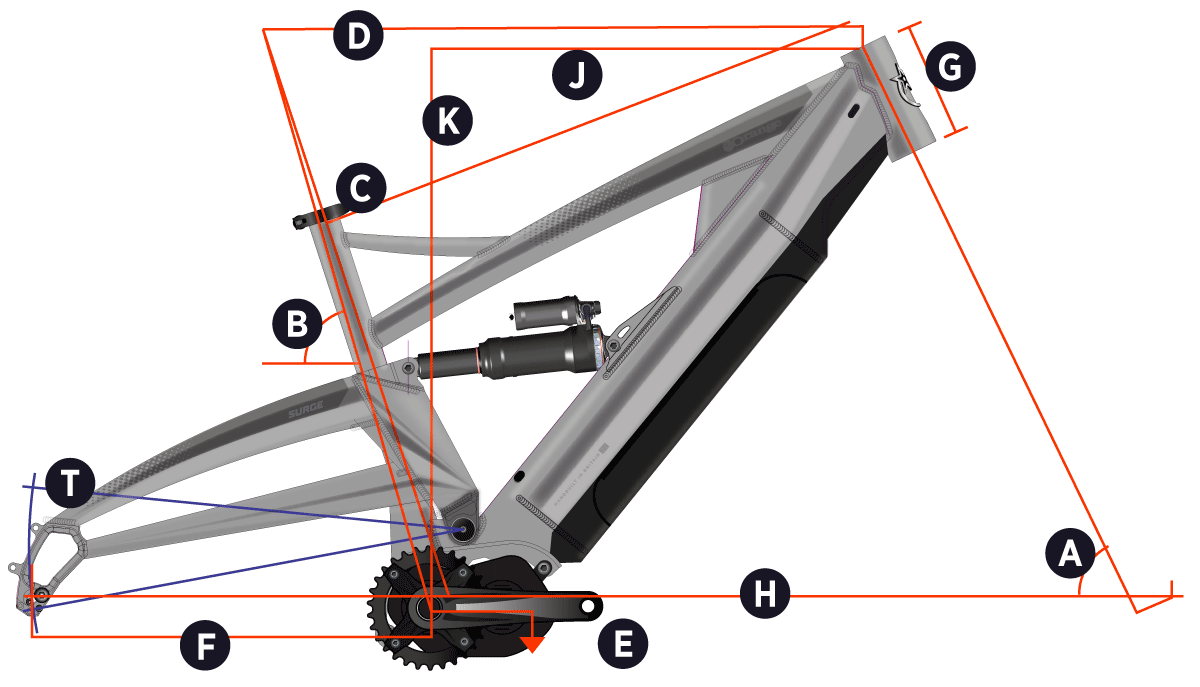